Japanese Influence on the Western World 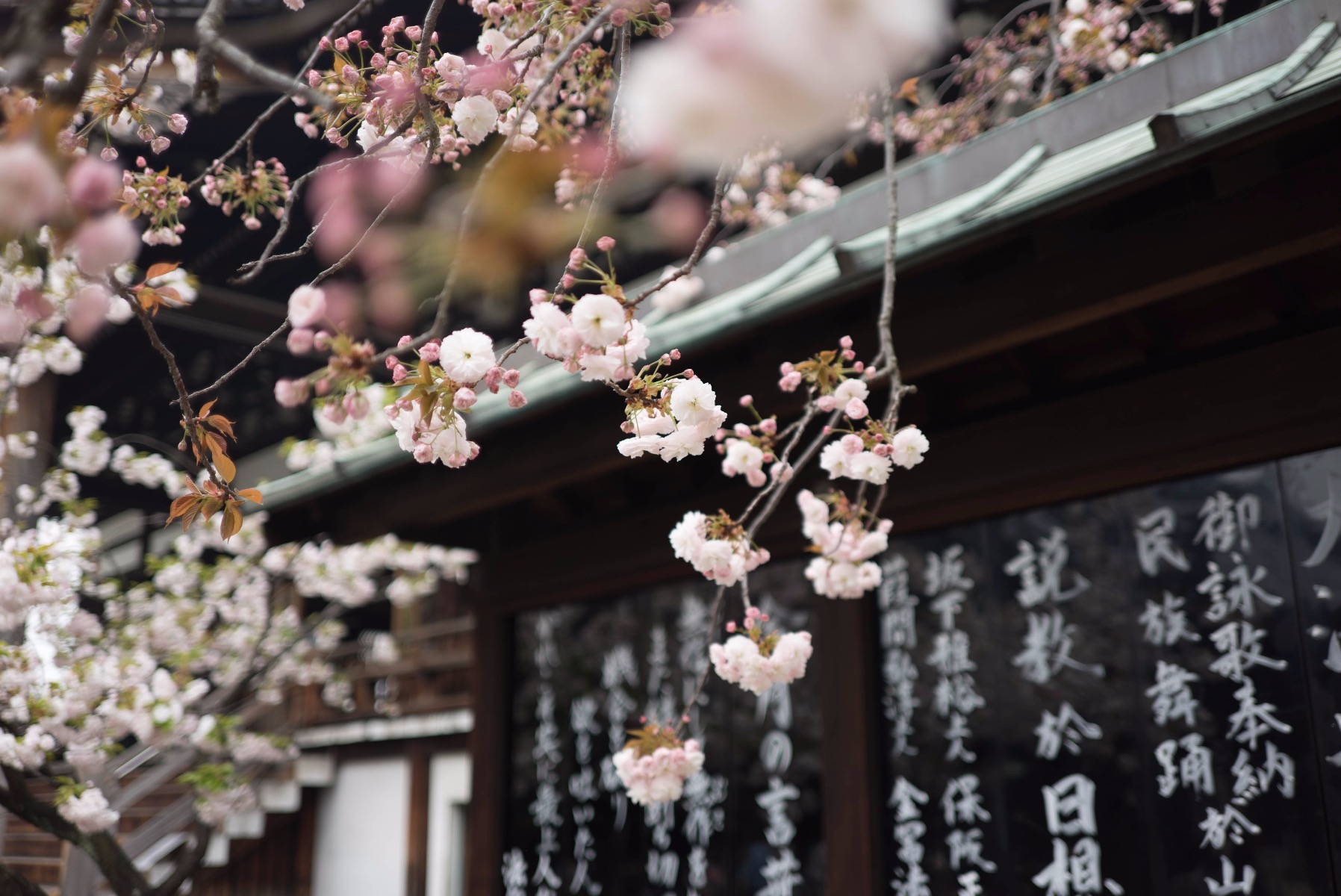 There is much to be appreciated about Japanese culture, art, and design so it is no wonder the West has had a long fascination with the East. The beauty, the craftsmanship, the discipline, the appreciation for nature, the redefining of our understanding of perfection: the Japanese sought to connect all aspects of life both within and outside ourselves to achieve a Zen and well balanced existence. Since the reopening of Japanese trade ports during the 19th century, Western artists and designers have been inspired by the bold and unique style that seemingly developed in isolation with minimal outside influence. We at Haiku Designs certainly remain highly appreciative of the Japanese culture and way of living, and we strive to bring some of that glorious tradition to our modern homes. We aim to respectfully appreciate the borrowed and treasured customs, so for that reason I thought we would discuss some of the ways Japanese culture has influenced our Western world.

Unlike the West, whose idea of civilization involved industrialization and innovation, the East understood the importance of merging the past and present to create an informed and stable future. The Japanese desire to incorporate nature into their evolving lives demonstrates a commitment to the earth’s traditions as well as a celebration of the craftsmanship required to create a truly enduring world. Western artists found inspiration in that artful merging of past, present, natural, and man made. It was revolutionary and in stark contrast to the industrial architecture and realist art that dominated their conservative way of life. In a way, the introduction of some of these Eastern ideals symbolized a sort of rebellion against the industrial era.

I have a present day example of the Japanese’s ability to merge the past with the present, the natural world with our modernized technological one… it may be weird and some may think it a bit crude or gross for me to discuss, but it is something I just learned and have been completely fascinated by so bear with me. I came across a video on YouTube that talked about things Americans are shocked by when they first visit Japan. Don’t ask me why this video was suggested to me, I have no idea how these algorithms work. I had never previously searched such a topic, but whatever… who cares, I learned something that day. Anyway, the video focused on Japanese squat toilets. I had NEVER in my life heard of such a thing! My Western brain immediately thought, “but why?”, only to remember the incredibly popular Squatty Potty! Tell me you’ve heard of this! The plastic stool that wraps around the base of your toilet in order to achieve a more natural position when… you know… doin’ ya business. With raving reviews, the Squatty Potty very quickly rose in popularity (if you have yet to experience it, I do recommend). Now I come to find that the Japanese have been doing this forever?! Wow, they’ve known all along about the benefits of squatting and rather than change to incorporate Western technologies, they adapted the modern toilet to suit their traditional needs. And now we are borrowing that knowledge and incorporating it into our modern, Western homes. Have I made you uncomfortable? Sorry, not my intention. Might I recommend the wonderfully informative children’s book Everybody Poops, which just so happens to be written by a Japanese author, Tarō Gomi.

*Insert your own quick and perfectly smooth segway back into our discussion regarding Japanese art, culture, and design* 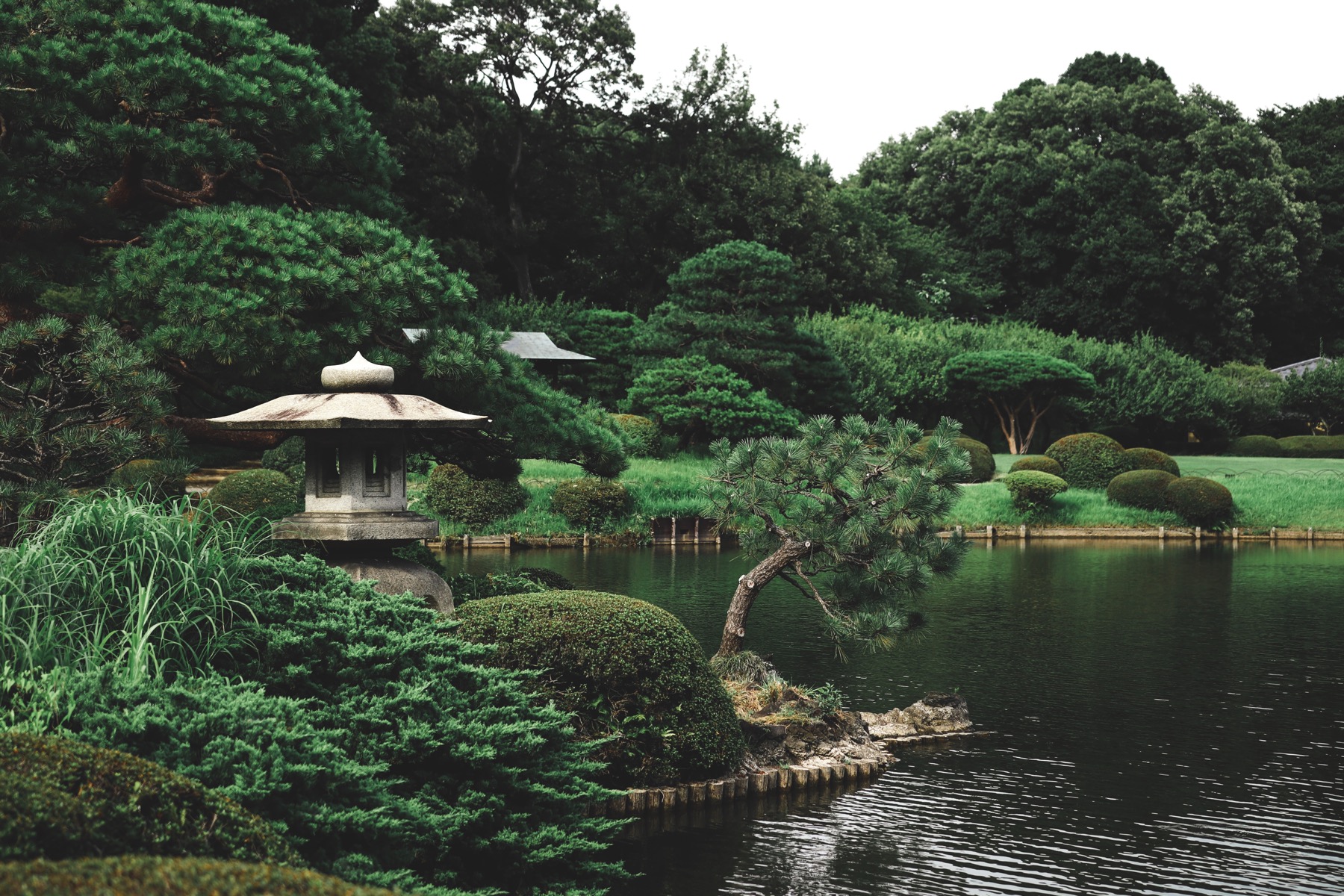 In present day, modern society we may think of “Minimalism” when talking about Japanese design and culture, but when it comes to art, minimalism ain’t got nothing to do with it. Artists like Van Gogh and Degas were wonderfully intrigued by the vibrant, contrasting colors, the asymmetry, the abstract and stylized interpretations of the natural world found in Japanese art, and they were inspired to be a part of a new wave of artistic expression that contrasted beautifully with the Realism and Romanticism of Western art. When it came to their art, most notably Japanese woodcuts, the Japanese embraced a boldness that was intoxicating and norm-challenging to the West. Another aspect of Japanese culture that is not characterized by minimalism is the Japanese Garden. Western philosophy revolved around taming nature to make room for civilization, but the Japanese have maintained a high regard for the natural world that is evident in the care of their lush gardens. Now Japanese gardens can be found around the world for everyone to appreciate. 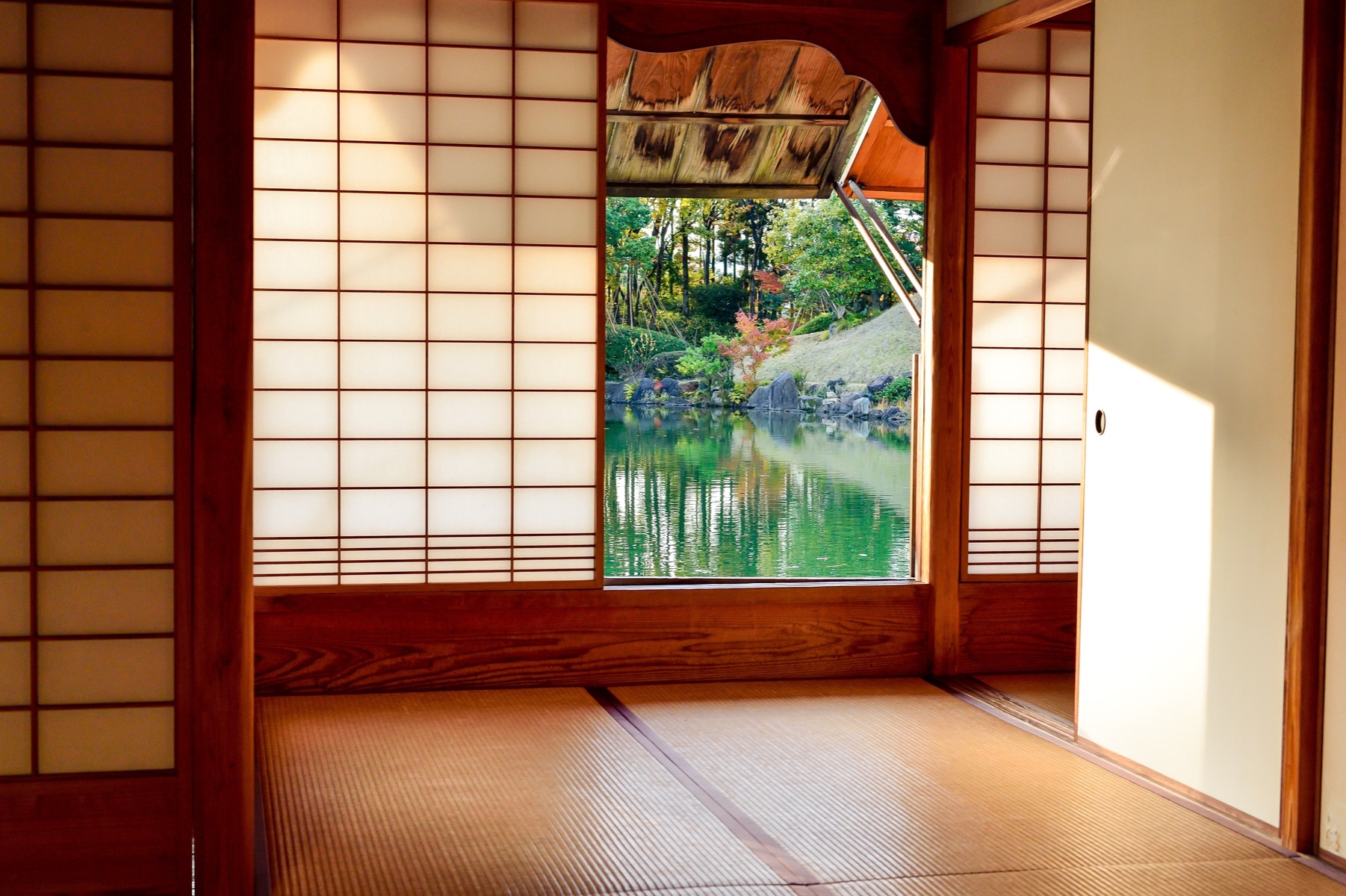 Lastly, and most important to us at Haiku Designs is Japanese influence on interior design. The traditional Japanese home is where minimalism shines. Minimal furniture that can serve different purposes is a major characteristic of Japanese interior design. Picture a traditional Japanese home with Shoji paper walls that slide and floors consisting of Tatami mats. Furniture was minimal and moveable, allowing rooms to transform from sleeping quarters to dining spaces and whatever else the moment called for. Space was multifunctional and therefore much more efficiently used. We see this principle in pieces such as futons, Shiki mats, collapsable tables, and storage beds that make better use of the space which they are already occupying. 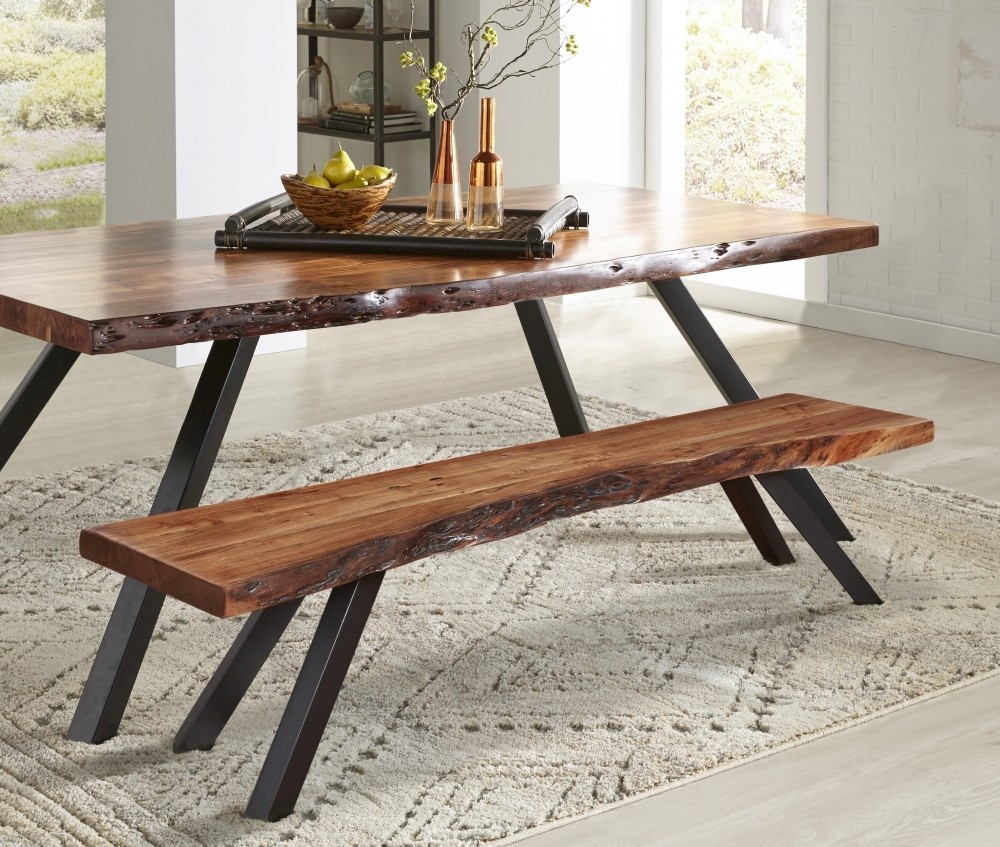 Another Japanese principle shaping our modern world is Wabi-Sabi, or the idea that there is beauty in the imperfect. The Japanese redefine perfection by challenging the notion that imperfections are inherently bad. Sometimes things are just perfectly imperfect, which explains the Japanese’s love of the natural world. Nature is not perfect. It is filled with jagged, asymmetrical lines, at all times partially dead and alive, cold and hot, chaotic and at peace. It is not perfection that makes something perfect, it is balance. Modern representations of this principle are live-edge and rustic/weathered pieces. A live-edge table, for example, has a smooth surface making it functional for our consumption, but has a natural, rugged edge that pays homage to the perfectly imperfect tree that gifted us a surface off of which to eat. 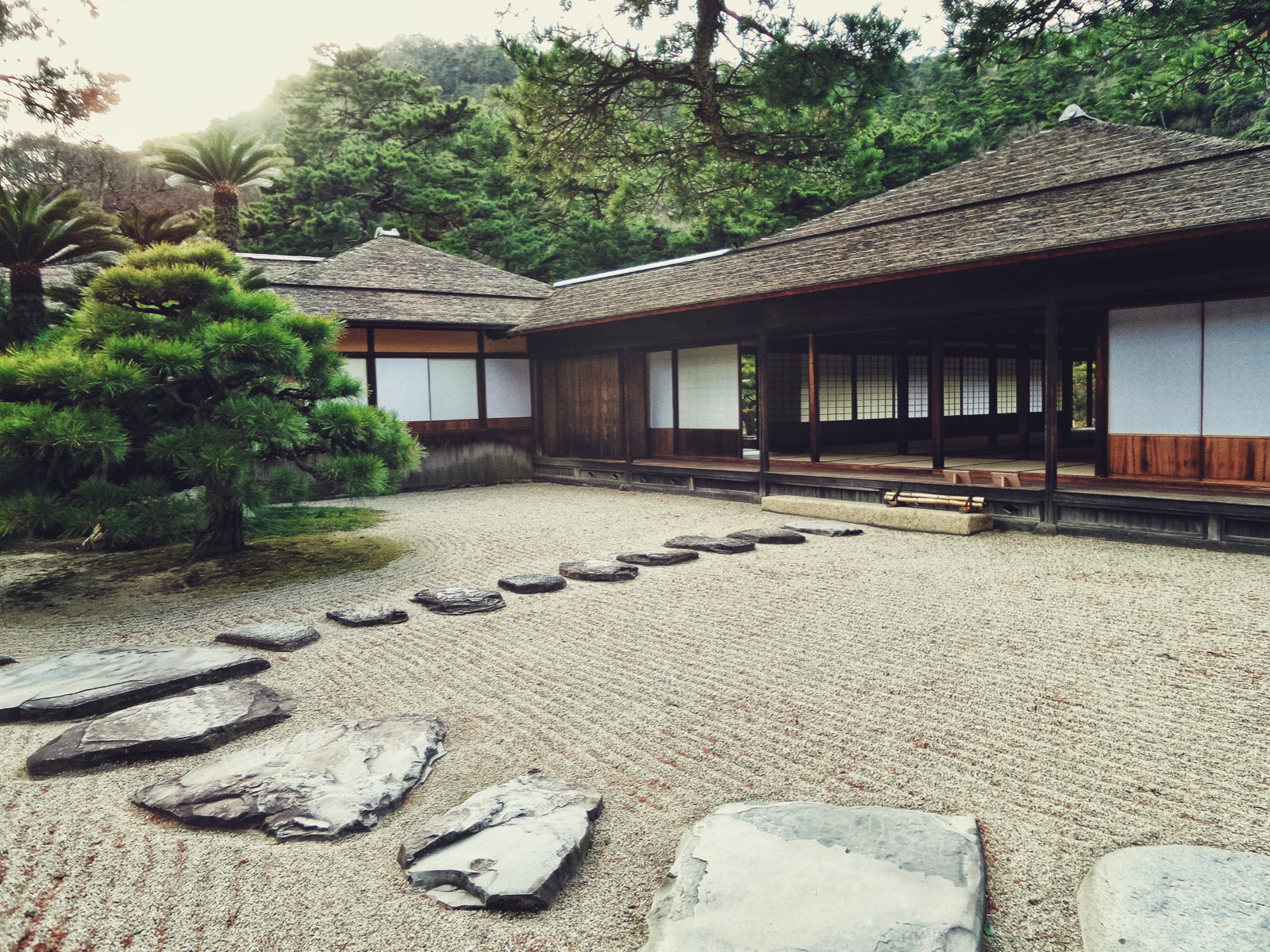 While doing some reading in preparation for this blog, I came across another Japanese concept that I was immediately struck by- Shakkei. I am currently sitting at a desk facing a large corner window that gives me an exquisite view of the stunning greenery Oregon has to offer. Shakkei means “borrowed scenery” and it is the idea that we broaden our space by having easy access or significant visibility of the nature that exists right outside our homes. Unlike Western homes which consist of walls that support a roof, traditional Japanese homes consist of pillars that support a roof and Shoji paper walls that gently filter natural light, and can slide to reveal the outdoors as a continuation of the home. This was important as many Japanese homes were relatively small, so opening up entire walls created a harmonious flow of unobstructed space. As a lover of the outdoors (at the very least an enthusiast of nature’s aesthetic) I greatly identify with this principle. In more modern terms, we see this appreciation for nature in the rising popularity of house plants. Indoor plants have become a Millennial movement! I read an article as to why that is and there were lots of reasons for it, one of which is that bringing nature indoors provides similar relief to going out for a nature stroll. For those living in a thriving metropolis, access to nature is limited and with that an escape from the noise, stress, and anxiety of the concrete jungle. Having plants indoors can offer similar benefits to large windows or wide sliding doors that offer a stellar view of nature. Don’t live in a traditional Japanese home or in a contemporary Western home with floor to ceiling windows? Get yourself some plants. Shakkei. 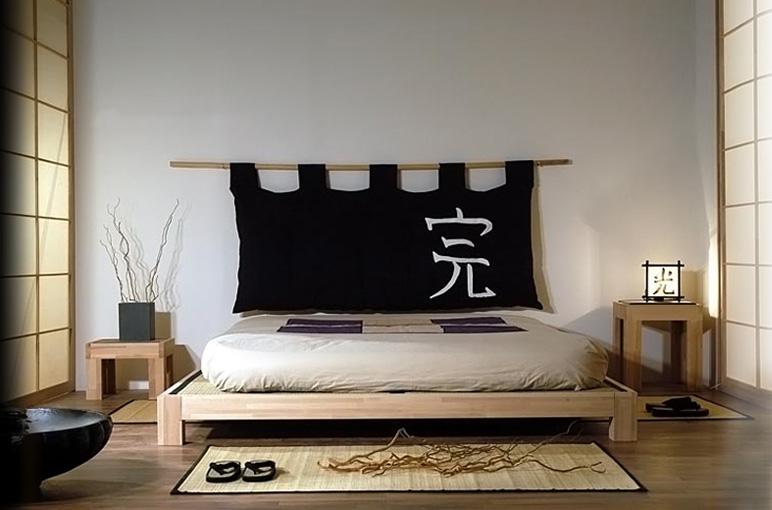 Finally, there are of course some decorative Japanese pieces that Westerners have greatly enjoyed for their intricate beauty or chic aesthetic. Low Platform Beds, for example, are incredibly popular and draw greatly from Japanese design as they provide a similar experience to sleeping on the floor while maintaining the fluffy comfort levels which we are accustomed to in the West. Additionally, screens, room dividers, fans, vases, and lantern style lamps remain hugely popular and allow you to give your home an elegant touch of the East.

The Japanese have over the centuries cultivated a rich culture full of nature, history, and tradition. The appreciation the West has for the East is something to be celebrated while always remembering to pay tribute to the creators and giving rightful credit to the nations and the peoples whose cultures we admired enough to emulate. Our modern world is bursting with global influences from our languages to our cuisine and everything in between. Nothing is original, and although that might sound sad or pessimistic, I interpret it as hopeful and collaborative. We are a people, one human race, and only together will we form a brighter future.