What is Modern Design? Trends today continuously fluctuate, they come and go, yet somehow everything still ends up beneath the overarching umbrella of Modern. Technically speaking, the clean and minimalistic lines that define Modern Design can be dated as far back as the late 18th Century in Scandinavia; however, Contemporary Design varies significantly from its parent form. Haiku Designs supports your endeavors to design and create a modern home. Whether you’re going for a more retro look or a sleeker and more current one, Haiku has pieces that cover a large portion on the Modern spectrum. First, we’ll explore a couple of the more dominant eras of Modern design: Mid-Century Modern and Contemporary Modern.

Mid-Century Modern design was at its height during the 50s, 60s, and 70s. Characterized and remembered now for its heavy use of patterns and colors, Mid-Century Modern featured Earthy elements and warm color tones. A bit of a rejection of the industrial, Mid-Century often featured wood and colors that were not only warm and neutral but suggestive of the outdoors. Further emphasizing the allusion to the outdoors were large, wall-length windows that truly minimalized and blurred the barrier between nature and our man-made shelter. Additionally, Mid-Century was the result of a very rich and transformative history. Post 2 World Wars and a debilitating Great Depression, Mid-Century modern held tight to the original Modern concept of functionality. Pieces that exemplify that are the Rosemary Coffee Table, the Rhody Lift Top Coffee Table, the Linden Gateleg Table, and the Currant Sideboard. Mid-Century Modern is further distinguishable due to its more rigid design rules and guidelines when compared to Contemporary Modern, however that is likely simply a result of hindsight. Because, it is a design movement of the past, we can now easily study its characteristics and motifs. 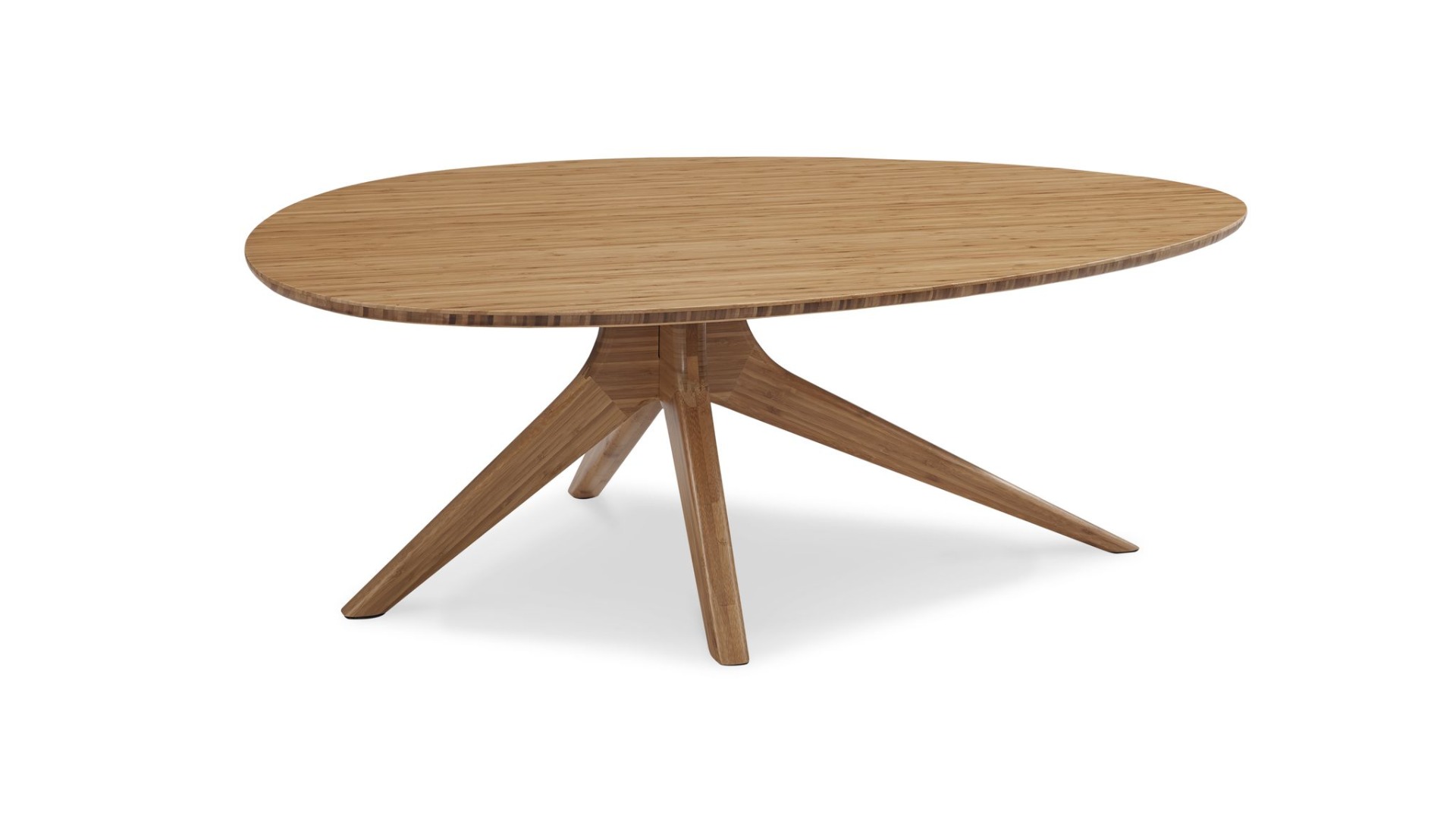 Contemporary modern is, by definition, current and can be seen all around us today. Contemporary’s unique characteristics include the use of glass and metals, square edges, and a return to industrial. This industrial evolution results in a more stark, colder tone compared to the warmth of Mid-Century Modern. Additionally, Contemporary Modern features neutral colors and is further minimalist, focusing primarily on style and elegance rather than functionality the way Mid-Century did. Pieces that would fall within this school of design are the Amsterdam Collection, the Astor Dining Table, and the Layton Living Room Collection. Unlike Mid-Century Modern which has been allotted time to age and refine, Contemporary Modern is everchanging and continuously evolving, completely dependent on the trends of the time; however, the changes in the past few years seem to be headed in a very particular direction, perhaps a new era of Modern Design. 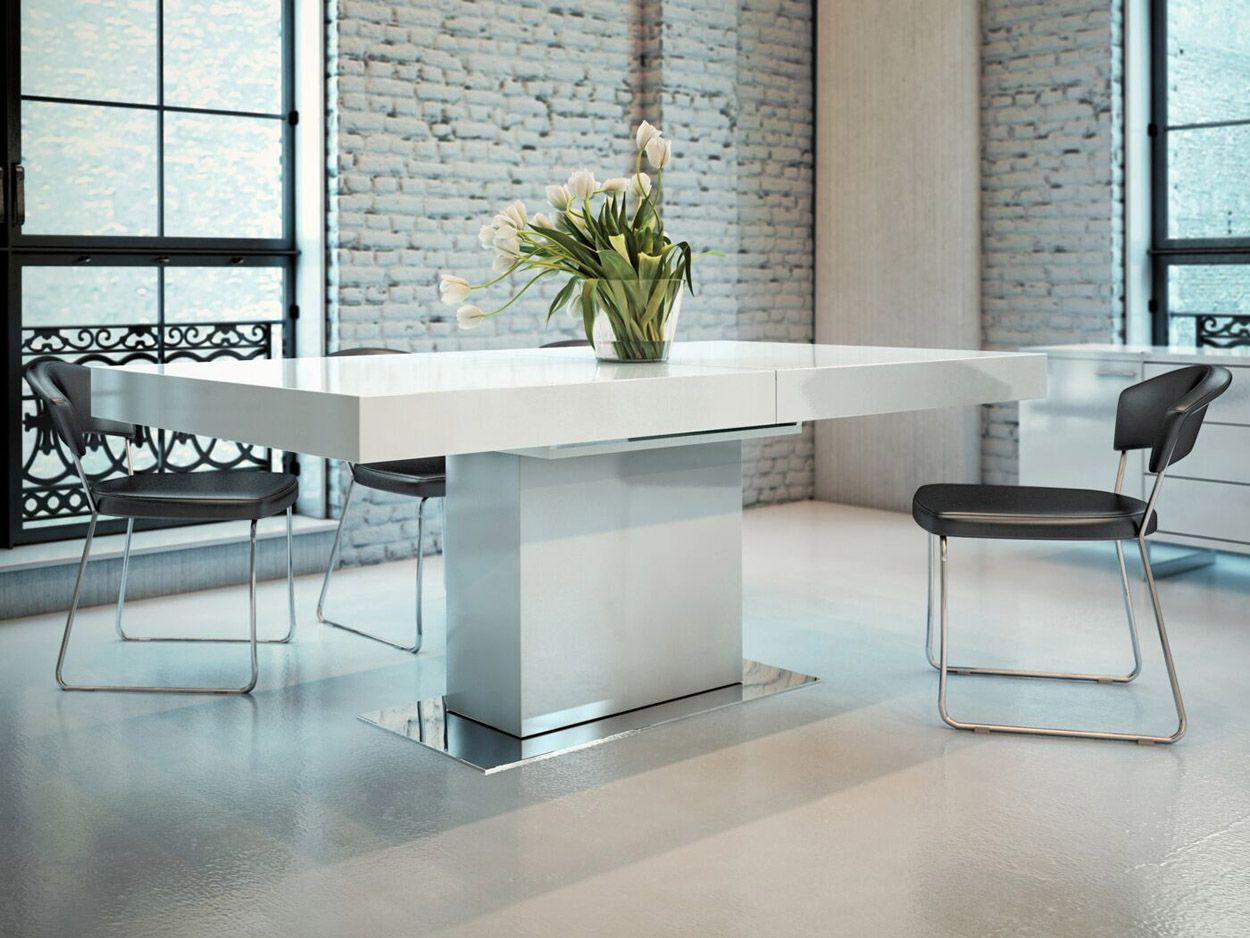 New trends have actually seen a return to the natural concepts that permeated Mid-Century with a 21st Century twist and combine it with the neutrals and industrial aspects of Contemporary Modern. The result is a warmer, more Organic Contemporary, or Zen Modern, as we have previously referred to it. This new style of Modern Design highlights the seemingly contradictory but somehow beautiful combination of metals and woods, as well as the use of sustainably sourced materials. Zen Modern sees a shift towards environmental stability without forsaking Mid-Century’s focus on functionality and Contemporary’s focus on form. The vast majority of Haiku’s catalog falls within this style category, maintaining the best qualities of past and present modern design and incorporating our fervorous efforts to protect our planet or at the very least lessen our damage to it. A few examples of Zen Modern are the Studio Line Collection, the Harper occasional tables, the Serpent Dining Table, the Exeter Dining Collection, and the Essentials Collection.

Despite all the differences listed above, the various eras of Modern Design still share some very crucial characteristics that solidify them as modern pieces. Modern furniture emphasizes a minimalism that discourages clutter and opulence. Modern traded in the lavishness of previous eras for straight and clean architectural lines. Perhaps in a rejection of luxury and extravagance, Modern Design developed a focus on simplicity and placed a higher importance on open floor plans. That simplicity and minimalism remains today, even if we’ve come up with some creative ways to reintroduce ornateness into our space in the form of wall art or accent pieces.

Whatever you Modern Design goals are, Haiku is here to help you achieve your perfect, harmonious home. With beautiful clean lines and sustainably sourced materials, the exquisitely functional pieces within out catalog will create for you a sleek and stylish space. Our Zen Modern furniture is the perfect combination of Mid-Century and Contemporary allowing it to seamlessly integrate itself into rooms already containing pieces in either style. The chic and minimalist lines that define Modern furniture give you the power and freedom to decorate your space however ornate or simplistic you’d like. Transform your home into the harmonious, modern retreat you’ve always desired with Haiku Designs.