Efficient use of resources is a fundamental part of Japanese culture. Japanese rooms are typically multi-functional rooms that maximize space. For example, Japanese futon beds are folded and stored in the morning allowing the sleeping area to be reused during the day. Japanese room layouts are often reconfigurable. For example, Japanese interior walls may be composed of shoji screens that can be rolled back to join rooms. This ability to re-partition rooms for different uses during the day is essential in Japan where a highly urbanized society puts space at a premium. 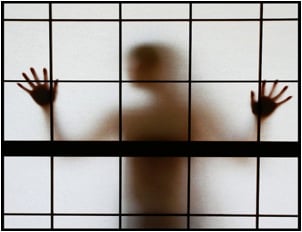 Japanese society and culture values privacy and seclusion. Traditional Japanese interiors incorporate features such as paper screens (shoji) that allow light into a room while offering privacy for activities like prayer or meditation or intimate social activities.

Both traditional and modern Japanese interiors incorporate natural materials such as fine woods, bamboo, silk, rice straw mats and paper. The addition of interior plants and exterior landscaping will add others dimension of natural elements and deepen the experience.

Because Japanese culture values simplicity, and the space in any room is just as important as the design of a room and its contents. Rooms that are designed with a Japanese style always have an uncluttered appearance and are always decorated sparingly. 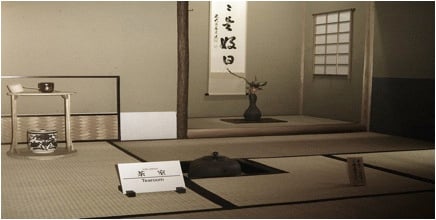 Japanese interior design often uses the natural colors of materials such as wood, bamboo, paper and rice straw, instead of relying on stains or paints. When ‘unnatural’ objects or colors are incorporated, they tend to be subdued neutral palettes, including blacks, off-whites, grays and browns.

Japanese design generally uses diffused lighting techniques, which apply natural sources of light that penetrate interior rooms through translucent shoji screens. To achieve a sense of balance, sources of artificial light are diffused with natural materials, such as paper and natural fibers.

Fusuma are Japanese sliding panels that are typically made of wood and paper or cloth. Although they’re sometimes referred to as sliding-doors, they’re often used across an entire wall, which allows adjacent rooms to be joined in flexible ways. Traditionally, Fusuma were painted by hand.

Shoji are Japanese screens made with a wood frame and panes of translucent paper. Shoji screens are used as windows, doors and room dividers. Like Fusuma panels, they provide flexibility in room configurations. While Shoji allow natural diffused light into rooms, they also provide privacy.

A Tokonoma is an alcove that is used in reception rooms, such as tea ceremony rooms. Many modern Japanese living rooms still feature a Tokonoma, and it is always the focal point of any room. To complement this design, the room usually includes a simple display of Japanese artwork, such as a painting, a Japanese flower arrangement (ikebana) or calligraphy.